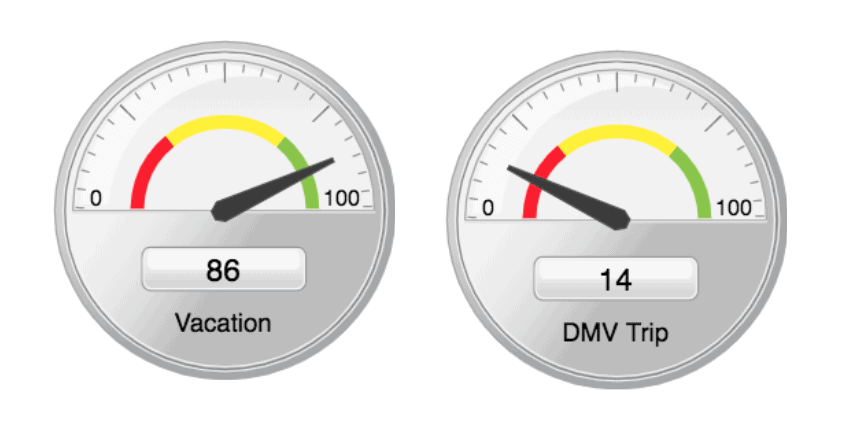 The market is more competitive than ever. Globalization and technology have lowered the barrier to enter the world of business, leading to an influx of new startups. Every day, companies attempt to innovate, optimize, and differentiate in order to acquire highly coveted market share.

This hyper-competitive landscape is one in which mediocrity is not only intolerable, but also a surefire indicator of a company’s inevitable demise. This observation seems glaringly obvious, yet many companies continue to coast by on their antiquated methodologies, arrogantly assuming they will remain resilient to the relentless judgment of the markets. Whether you want to classify this behavior as arrogance, ignorance, or ineptitude, the results remain the same.

Mediocre business practices create a gap in the market that will happily be filled buy those committed to excellence.

The Mediocrity-Exceptionalism Spectrum and the Resulting Gaps

Most things in life (both tangible and intangible) can be classified somewhere on the mediocrity-exceptionalism spectrum. Of course, experiences can be worse than mediocre, but for our purposes, I’ve intentionally set the low-end of the spectrum to “mediocrity” under the assumption that the majority of businesses that fall below this threshold will not thrive (and certainly won’t be dominant forces).

In the center of the spectrum are experiences that are neither exceptional nor mediocre, such as driving to work. You can think of this spectrum as ranging from below average (mediocre), to average, to above average (exceptional).

The mediocrity-exceptionalism scale can be used to rank every aspect of a business, such as:

Analyzing a businesses’ strengths and weaknesses is certainly not a new phenomenon, however, in spite of best practice, many businesses take on unnecessary risk exposure by living in the mediocrity gap while few truly understand that the long-term benefits of exceptionalism outweigh the short-term costs.

Let me illustrate this case with two anecdotal examples.

An Example of Exceptionalism

I recently placed an order for a consumable product that I purchase regularly. Upon receiving the product, I noticed that something was off about the taste (I’d used this product before so I had proper expectations). I politely sent a casual email to the company and received a response with the following options:

I decided to go with Option #2 as this is a product I planned to reorder anyway.

The company resent the order and provided tracking. I was happy with the interaction and considered the case closed.

Upon receiving the order, I discovered that the company had not just sent one replacement product, but five! They sent four of the original flavor and one new flavor to try. Color me impressed!

To some companies, this would be viewed as an unnecessary expense, but this company understood the value of customer loyalty. This solution probably cost the company less than $20 and they earned the loyalty of a customer who may spend $50-$100/month.

This company created a customer for life.

Now, let’s look at the flip side of the coin.

An Example of Mediocrity

Earlier this year, I had the displeasure of dealing with a company that provides online TV streaming. I won’t mention the specific company, but its name rhymes with Sling.

I signed up for the service in November so I could watch a televised event (I don’t pay for cable). After watching the event, I proceeded to cancel my subscription (at least I thought I did) as I no longer needed the service. The service uses a 3-step cancellation process in which you need to go through the following process:

I got to step 2 and figured I was good to go after confirming the cancellation. I was wrong. This mishap was a combination of an oversight on my part and a confusing cancellation process on the unnamed company’s part.

Three months later, I realized I was still being charged for the service after I thought I had canceled. I hadn’t used the service a single time since canceling so I contact the company to explain the situation. It was my hope that they would be able to review my watch history, recognize the misunderstanding, and refund my payment.

That was not the case. After multiple emails and close to an hour on the phone, the best the company could offer was $5 off the next month of service (exactly what every customer who was trying to cancel wants).

The company decided that the monetary value of the requested refund (~$50) was worth more to them than a happy customer, and for that reason, they earned themselves an anti-customer.

An anti-customer is an ex-customer who will not only avoid using your service in the future but will advocate their distaste for your company at any chance possible. Clearly, I’m not the only one. This particular company has hundreds of negative reviews. What could be worse when you’re competing with companies like Google/YouTube and Hulu?

In general, I avoid conflating anecdotal evidence with indication of a trend, but I think common sense speaks volumes here. We’ll look at some empirical evidence later, but for now, let’s focus on the takeaways.

Customer Service is not a Courtroom Trial

In the examples above, the objective was not to assign blame and award damages accordingly.

These weren’t judicial cases predicated solely on logic and reason. Customer service issues rarely are. An upset customer is unlikely to assume he/she is in the wrong regardless of the reality of the situation.

For example, if you accidentally buy a $100 product clearly marked nonrefundable on Amazon and Amazon responds with, “too bad,” you’re unlikely to be satisfied regardless of the fact that the situation is technically your fault.

“Obligation” and “equitable transactions” simply speak to the basic rules of business. They won’t push the needle past “average” on the mediocrity-exceptionalism spectrum.

A customer service problem is an opportunity in disguise.

In my example of above, the exceptional company used a problem to increase my loyalty to a level higher than it would’ve been if the problem never even occurred.

In business, everything ultimately comes down to increasing profits. Even the most socially conscious company can sustain on pure altruism. There has to be a profit motive. In some cases, ROI-analysis is cut and dry, while in others its more difficult to measure. For example, paid advertising tends to have a clear ROI whereas indirect improvements to design and service may not. These indirect ROI-impactors require a risk/reward analysis.

Analysis of the mediocrity-exceptionalism spectrum is a crucial, yet neglected, part of this risk/reward analysis. Fortunately, at a small scale, common sense goes a long way.

Let’s go back to the examples above.

One company chose to go above and beyond to satisfy a customer. The cost was ~$20 to the company. The return was:

The company who chose not to appease the customer saved about $50 on a refund with the following costs:

The Broader Application of Gap Identification

So far, we’ve discussed mediocrity-exceptionalism spectrum with regards to customer service, but its application is broader spanning. It can be applied to almost every area of business.

Let’s look at a few real-world examples of winners and losers in the space and then dive into some actionable strategies.

The Winners and Losers

We’re looking at winners and losers relative to the mediocrity-exceptionalism spectrum. This is just one way in which companies can find gaps in the market. Certain cases of gap-filling don’t create any “losers” but these ones do. The companies classified as “losers” will not be missed.

Blockbuster vs. Redbox – Blockbuster is the quintessential price gouger. The company utilized premium pricing on non-premium products and taxed their customers with exorbitant late fees. Redbox entered the market offering reasonable pricing, and (along with Netflix of course) completely obliterated Blockbuster’s business model.

Cable TV vs. Streaming Services – For years, cable television services enjoyed a monopoly on streaming entertainment. It wasn’t uncommon for a cable bill to exceed $50/month, especially when premium channels were involved. Cable TV’s subscriber-base was diminished upon the release of streaming services like Netflix which offered self-serve functionality, better pricing, and no pesky commercials.

Taxis vs. Uber – There was a time when taxis served as the only option for personalized transportation. Due to poor pricing, negative experiences, and inconvenience in suburban areas, the taxi industry took a nosedive as ride-sharing companies like Uber and Lyft took the front seat.

Apple vs. Tech – Remember when MP3 players first came out? There were dozens of options, all of which could be generously described as mediocre. When Apple released the iPod, they changed the game. Seriously. Name another model of MP3 player that has lasted as long. Apple continues to win because they release great products that don’t leave customers wanting for more.

Amazon vs. Retailers – Would you describe any of your trips to Walmart as exceptional? I didn’t think so. Whereas your trip to Walmart may be circumstantial, your visit to Amazon.com is 100% voluntary. You could go to 1000 other websites. Amazon wins because of their great selection and convenience. Walmart is just now starting to compete with Amazon’s online presence in 2019 – they could have been doing it over a decade ago.

Who are the other winners and losers? Feel free to leave a comment below. 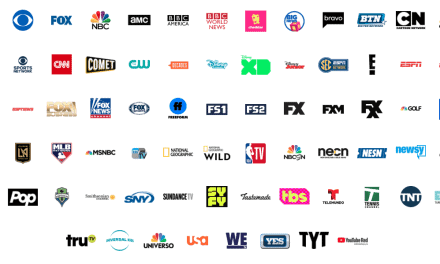 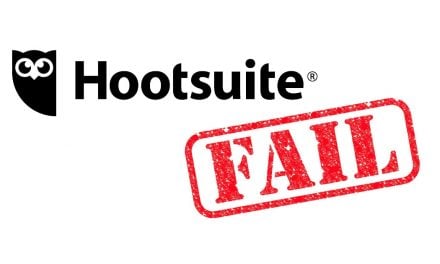 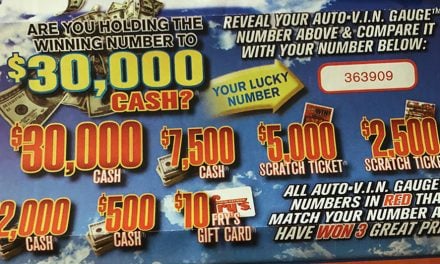 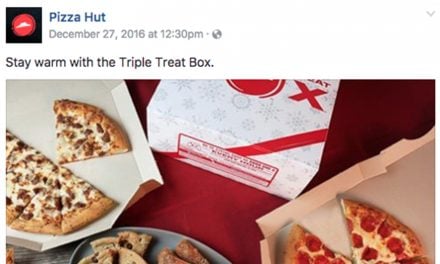