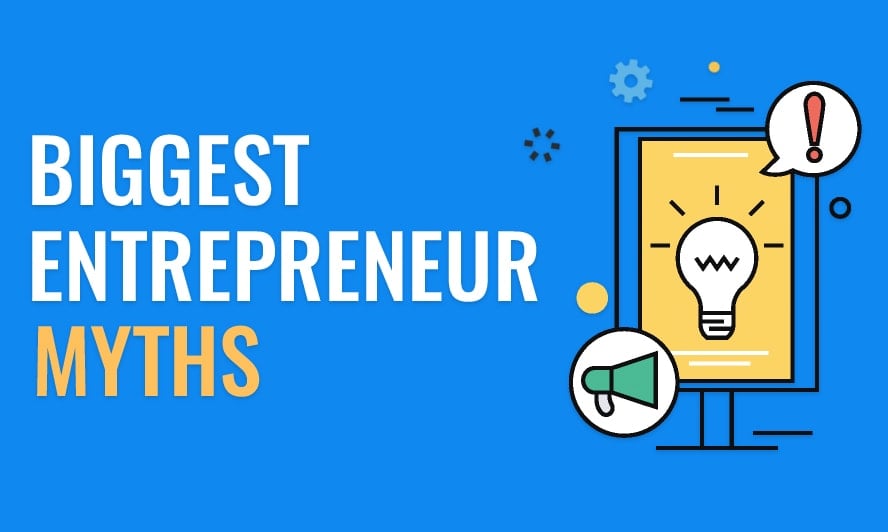 There’s been a major paradigm shift in the world of entrepreneurialism over the past decade. In the Shark Tank era, the life of an entrepreneur is more desirable than ever. The entire industry has been disrupted.

The word “entrepreneur” no longer brings to mind the image of a small business owner scraping to make ends meet; instead, it paints the heroic picture of a tech titan who trekked from garage start-up to billion-dollar IPO. The previously outcasted “geeks” are now the Zuckerberg’s and Jobs’ of the world – no longer pariahs, but public figures. There’s been a major sentiment change. Traits like intelligence, tech-savvy, and relentless work ethic are now respected by the masses.

Entrepreneurialism has no stereotypical poster boy. From jocks to nerds, frat boys to book worms, and blue collar to white collar, the faces of modern day entrepreneurs are diverse.

This phenomenon is amazing. It’s responsible for innovation, job creation, and improved living standards. It’s the reason we have apps like Instagram, Snapchat, and Slack. It’s the reason we have innovations like iPhone breathalyzers and one-click meal delivery. The proliferation of the entrepreneurial spirit is a positive force that is shaping our current and future society.

It’s also the cause of a lot of misinformation.

I’ve been pursuing entrepreneurial ventures since before I even knew what the word meant. Since then, I’ve been fortunate enough to build a career that provides freedom, financial security, and unlimited growth potential. I’d love to see more entrepreneurs grasp this same opportunity, which is the reason for my post today.

There’s a handful of entrepreneurial myths that are destructive to the journey of the entrepreneur. I’m not here to burst anyone’s bubble; I’m here to provide genuine insight from a journey I’ve experienced first-hand.

Below are the top entrepreneurial myths in no order of importance.

MYTH #1: One Day, You’ll Look Back and “Connect the Dots”

“You can’t connect the dots looking forward; you can only connect them looking backwards”

Of course, this is just one line in a much longer speech, but it’s a great summarization of the concept. Jobs was claiming that everything he did took him to where he was that day. Every move. Every decision. Every mistake. The people who said he was doing it wrong – well, they were wrong.

Fortunately, things worked out alright for Jobs, but I believe this mentality is incredibly dangerous.

You are not Steve Jobs.

Say it one more time. (repeats… “I am not Steve Jobs”)

For every Steve Jobs out there, there are 1000 entrepreneurs who failed. It’s sad, but true.

Self-belief is a good thing, but it needs to be realistic. Steve Jobs’ “connect the dots” logic is not defensive of bad ideas. Many ideas fail. Entrepreneurs should be receptive of environmental feedback. Accept criticism and don’t assume that all of you actions will be the dots that you connect at a later point when you join the triple comma club.

In the past few years, the word “hustle” has extended from inner-city streets to suburban homes. Entrepreneurs like Gary Vaynerchuk get people hyped on the idea of the “hustle and grind.” But, what does that really mean? Sure, it makes for a great motivational quote to post on Tumblr, but it’s a bit vague, dontcha think?

Don’t get me wrong – I like Gary Vaynerchuk and I agree with his messaging. It’s refreshing to to see a shift in mentality from the 4-hour work week to the 80-hour work week, but the concept of “hustle” needs an asterisk next to it.

How you spend your time is important. You can work 16 hours a day and waste 10 of them. If you’re working 80 hours a week and not getting results, you may want to reexamine your activities.

Similarly, if you’re working 80 hours a week on jobs that should take 40 hours a week (or can be outsourced), you need to reexamine your activities.

This is the classic “quality vs quantity” argument. I happen to still work 60-80 hour weeks because I love what I do, but I’m always focused on the results and not just the time spent.

Somewhere along the line, lack of sleep became a cool thing: a symbol of fierce persistence and undying work ethic. Entrepreneurs hear about successful people who sleep 4 hours a night and think it may be a good idea to cut back on that REM sleep. Bad idea.

Here’s an interesting chart that further enables this destructive behavior:

Have you ever tried working on 4 hours of sleep? Have you ever done that 5 days in a row? Maybe you have superhuman powers, but I shut down. I’m hazy, agitated, and tired.

To assume that cutting back on sleep will make you more productive is to assume that your day is already 100% optimized. If you need to steal 2 hours from your nightly rest, you must already be operating at maximum capacity during the rest of the day (and I doubt that’s the case).

If you really need those extra hours of work time, hire someone or find ways to optimize your day.

Successful entrepreneurs are free thinkers. They learn from others but think for themselves.

We’re now in an era where online figureheads, pseudo-celebrities, and overnight influencers are guiding the future generation of entrepreneurs. We’re seeing this at a scale like never before.

Here’s the recipe. Work hard, achieve something that resembles success, build a following, sell your secret, and 10x your net worth. In many cases, there’s more money in “teaching” than there is in execution. Excuse the tangential rant, but it speaks to the main point.

Entrepreneurs need to remain free-thinkers. Learn from everyone, but digest every idea before embracing it as your own. Run ideas through your own filters and decide which ones you’d like to embrace, and which you’d like to challenge.

You’ll rarely hear a successful entrepreneur use another entrepreneur as the basis for a decision. Tai Lopez never says, “I did it cuz of what Gary Vee said…” Sergei Brin would never say, “Well we almost did X but Zuckerberg always talks about Y…”

MYTH #5: You Need to Find Your Million Dollar Idea

The public perception of entrepreneurialism is skewed by the most successful entrepreneurs: the outliers. If you’re hearing about the story of a well-known entrepreneur, it’s likely because they’ve accomplished an extraordinary feat.

You don’t hear about shop-owners, small artists, and service providers who make a respectable living. Heck, I can’t even remember the last time I saw a valuation of less than $500,000 on Shark Tank.

This grandiose depiction of entrepreneurialism completely distorts the reality of what it means to be an entrepreneur.

Aspiring entrepreneurs have started chasing million dollar ideas instead of sustainable income. I’ve heard it a thousand times over: “Bro, this is going to be the next SnapChat.. I can feel it in my bones..” “I can’t even mention this idea cuz it’s going to be worth trillions one day..”

Don’t get carried away.

Your first job as an entrepreneur is to generate an income for yourself. You need to be thinking about how to get to $50,000/year before worrying about $10 million/year. This may seem counter to the advice that you need to “think bigger” but it’s not.

Think big, but respect the path to success. Balance your farsightedness and nearsightedness. A healthy blend of the two will take you where you need to go.

As mentioned above, many entrepreneurs are looking for their “million dollar ideas.”

If I can think of the next Facebook, I’ll be a billionaire…

There are very few ideas that can succeed based on their own merit.

Just look around at every product and service you use. Do you think you have the best version?

Every day, thousands of stupid ideas make millions and thousands of brilliant ideas get buried behind Kevin O’Leary’s barn.

The idea is just the starting point. It’s 10% of the entire equation (assuming you have a good one).

Here’s a good mental exercise. Pretend you just invented the next big thing (product, software, app, etc.). You have a great product-market, the product is built, and you’re ready to take on customers. What next?

The current state of disruptive tech is reminiscent of the 1850’s Gold Rush. Start ups are migrating to Silicon Valley in hopes of striking multimillion dollar deals with angel investors and venture capitalists.

You can’t blame an entrepreneur for trying, right? It seems like VC’s are handing out funding like candy.

Truth be told, almost every successful entrepreneur I know has never received outside funding. He/she started from zero and scaled up. The profits from $10,000/year in revenue were used to help scale the business to $100,000/year, from $100,000 to $500,000, and so on. These entrepreneurs don’t want funding. Why give someone else a piece of the pie?

Now, this isn’t to shame those who seek funding. There are some cases where funding is the right option. Certain ideas can’t blossom without a seed round and some businesses will be stunted without the right capital infusion.

Funding can be a great resource – obviously. That said, it is not necessary to grow a business.

Well, that was cathartic for me. Hopefully, you got something out of it too.

There’s a lot of information out there, and misinformation is more dangerous than no information at all. By dispelling the common myths of entrepreneurialism, we can learn to work more effectively and purposefully.

Network Marketing vs. Affiliate Marketing – Which One Is Best? 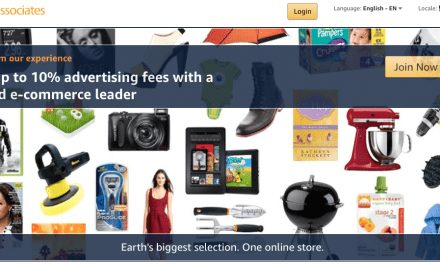 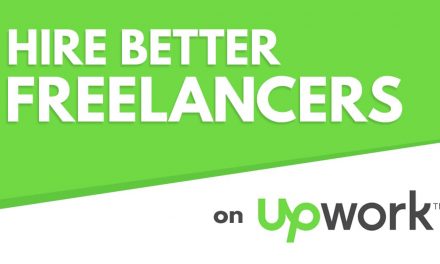 How to Hire Better Freelancers on Upwork 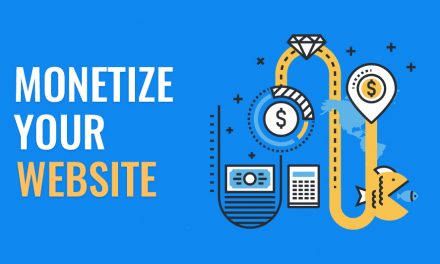